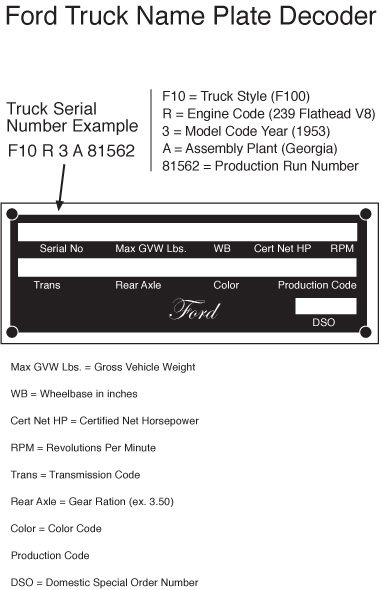 1953 was an important year for Ford trucks. Ford pickups were 50 years old and Ford launched the first F-100 pickup. A 50 year anniversary horn button was installed in 1953 Ford trucks. The new F-100’s were a little larger inside the cab and more attention was paid to styling over the F1. 53 was also the last year of the Flathead V8 engine, making the 53 Ford truck an interesting transition between the first 50 years of Ford trucks and the last 30.

1953 Ford trucks came with a 6 volt wiring system, vacuum wiper system, straight front axle with drum brakes and no turn signals. Optional equipment consisted of a Deluxe package made up of 6 chrome “teeth” on the front grille and chrome gull wing surrounds on the side of the hood.